Patents exist in order to protect one’s own technology and business operations; however, the purpose of patents is changing.  While  the industrial structure is shifting towards a horizontal division of labor and open innovation is progressing due to the “selection and concentration” of company business operations, patents have become a means of transferring the results of research and development (R&D)-  in other words, a means of transferring money.  Considering this to be an ideal opportunity, funds set up by Microsoft executives and others have been hunting for the world’s patents, including those from Japan.  Meanwhile, the United States’ patent system, which has been in operation since the 19th century, is now facing major changes.  This report brings to light the recent patent movements.  Reporter: Noriko Endo, Weekly Diamond Magazine

Part 1
Nine Japanese universities have already gotten rid of their patents.  What is the American fund Intellectual Ventures all about?

While there are many brokers in the world who profit from reselling patents, a business that can hunt for patents from all over the world for the purpose of licensing them would not be able to survive without considerable strength.  It is in this realm that an American fund made up of superstars has emerged.  Is its purpose the abuse of rights, or the creation of innovations?

In the autumn of last year, a well-known professor in the Engineering Department at the University of Tokyo received a phone call from a company whose name he had never heard.  The caller, who requested a face-to-face meeting with the professor, was an executive in the Japanese office of Intellectual Ventures, a company founded in the United States.

Intellectual Ventures was established in 2000 by Mr. Nathan Myhrvold, a former CTO (Chief Technology Officer) at Microsoft.  While it has been managing funds to be invested in patents, the actual status of its operations remains veiled in secrecy.

The University of Tokyo professor was somewhat wary until Intellectual Ventures mentioned a big name in academic circles as a reference, after which the professor invited several of the company’s staff, including executives from the US head office, to his laboratory.

“A researcher has his own economic value.”

“Greater economic value is created by combining your inventions with other inventions.”

“How about using some of your personal time to supplement your income?”

With points such as these, the visitors introduced and explained several proposed contracts one by one.

In the end, the professor agreed to a consulting contract.  Recently, he was entrusted with the evaluation of some Chinese and Indian patents. He pointed out their low quality, and earned a commission of 25,000 yen per hour.  “It’s not bad, considering how much the university pays,” he says.

“We write theses, not patents.”  That used to be the mantra for many a researcher belonging to a Japanese university.

In 2003, under former prime minister Junichiro Koizumi’s political influence, and in an effort to enhance the international competitiveness of Japanese scientific technology, the Ministry of Education, Culture, Sports, Science and Technology began expanding the role of industrial and educational coordinators and improving Japan’s Technology Licensing Organizations (TLOs). The project was named the “University Intellectual Property Headquarters Improvement Operation” and was based at forty three universities in cities such as Tokyo, Kyoto, and Osaka.  There are now universities that use their number of patent applications as a means of performance evaluation.  As a result, the number of patent applications by universities, organizations sharing facilities with universities, and vocational high schools in 2006 totaled 9,090, which was 3.7 times greater than previous years.

In addition, there are major differences between the amount of income created through licensing fees at Japanese universities and American universities. For example, the amount of such income for Tokyo University is about 160 million yen, and for Keio University, it’s about 70 million yen. Meanwhile, the figure is about $193 million (about 21.2 billion yen) for the University of California and about $61.3 million (about 6.7 billion yen) for Stanford University (sources: the Ministry of Education, Culture, Sports, Science and Technology for Japan; AUTM Licensing Survey for the US).

The large differences are due to the fact that in Japan, patents for which applications have been made are left to lie there without being transferred to the industrial world.  Why is this so?

“It is unreasonable to have university TLOs bear the burden of responding to both universities, which product the technology, and companies, which use the technology,” says a widely-held view put forward by concerned parties at both universities and companies.  As the history of Japanese university TLOs is quite short, it could also be said that not enough time has passed yet for professionals in this field to have been adequately nurtured.

Herein lies the very objective of Intellectual Ventures, which pays daily visits to the laboratories at Japanese universities.  Taking advantage of its global experience, it is trying to match the universities that produce the technology and companies that use the technology.

In 2008, the subsidy that the Ministry of Economy, Trade and Industry had been contributing to TLOs since 2003 was stopped.  In light of this fact, and in addition to efforts for improving revenue and expenditure levels, it would seem that the number of universities entering into agreements with Intellectual Ventures is set to increase.

It’s not just universities.  In February of this year, Fujitsu sold Intellectual Ventures 28 video-related patents, such as those for projection displays, which had been owned by its US branch.  Also, several Japanese electric appliance manufacturers have already concluded negotiations with Intellectual Ventures.

Until now, Japanese companies have occasionally sold unnecessary patents to brokers, who in turn intended to resell the patents.  However, some companies have raised their guard against Intellectual Ventures, and have maintained a certain distance.  Intellectual Ventures’ purpose is long-term ownership, and it is enhancing the value of the patents it owns by integrating them with one another, so some companies ask themselves won’t Intellectual Ventures begin exercising its rights, perhaps even by legal means, in the future?  And if so, might not companies be requested to stop selling their products, or might not they be requested to pay expensive licensing fees or settlement amounts?  The companies’ wariness comes from the inability to discard such anxieties.

In contrast to this trend, Mr. Mineyuki Kato, the management execution officer and legal service/intellectual property rights chief at Fujitsu’s headquarters, says, “A patent portfolio should be revised gradually, in step with reforms to the business operation structure.  On this occasion, we sold to Intellectual Ventures the patents that had become unnecessary after comparing its offer with those of other companies.”

Indeed, the details of each patent and how they are handled reflect the changes in a company’s business and operational structure or changes in the structure of the overall industry.  As technology has reached higher levels of complexity in recent years, it is becoming difficult for companies to, among other things, cover all the R&D costs for their products.  Furthermore, the fusion of technologies has accelerated to such a degree that companies are frequently forced to use technology that belongs to fields outside of the company’s own expertise.

In addition, companies must adequately meet changes in market needs while facing product cycles that are becoming shorter due to digitization.

Such conditions are most conspicuous in the information technology (IT) industry.  In other sectors, as well, the selection and concentration of business operations within companies and the horizontal specialization of labor have been accelerated.

Now, R&D is no longer an exception.  With the establishment of tie-ups with other organizations that have useful knowledge- in other words with the advance of open innovation, rather than developing such knowledge internally, has become an important condition for defeating the competition.

Intellectual Ventures watched this paradigm shift with great interest.  It realized that, for an “ecosystem,” or a cooperative relationship between two or more companies, to be formed with R&D being carried out externally, an efficient market for the circulation of patents is necessary.  Furthermore, it raised a substantial amount of capital through investment funds while implementing risk management methods that make use of financial techniques.

Intellectual Ventures’ main office is located in the quiet, green suburbs of Bellevue, near Seattle, Washington.  It is about 10 minutes’ drive south from downtown Bellevue.  Redmond, the location of Microsoft’s campus (as the main office is known), is also nearby.

At the end of May, Intellectual Ventures set up its fourth fund.  A huge amount of capital, totaling between $3 to $6 billion (between 330 billion and 660 billion yen), has been flowing in.  Investors are thought to be such companies as Microsoft and Intel.  Those who invested in the one-billion-dollar fund (about 110 billion yen) for Japan and other Asian countries include the University of Pennsylvania and the foundation of the founder of Hewlett Packard.

The fund’s earnings are accounted for mostly by the licensing income of the patents purchased or invented by the company itself.  As CTO Edward Jung mentions on pages 146 and 147, at present there is a yearly income of almost $1 billion as a result of having smoothly licensed, from 2005 on, the patents acquired since 2003, just after the dot-com bubble had collapsed.

All of Intellectual Ventures’ inventors are world-famous authorities in such fields as IT, biotechnology, and medical care.  They include Mr. Leroy Hood, who succeeded in the complete decryption of the human genome, and Mr. Robert Langer, who won the Charles Stark Draper Prize, equivalent to the Nobel Prize in engineering.  This fact also gives researchers around the world a strong intellectual incentive for entering into agreements with Intellectual Ventures.  In our interview of Mr. Myhrvold in June 2002, he said, “We intend to achieve very real invention in core technology areas.”

On the East Coast, there is currently heated discussion on the increasing presence of Intellectual Ventures.  Isn’t it really just a “patent troll,” often defined as a company or group that, although not conducting R&D or manufacturing/selling products itself, owns patents and takes hostile legal actions against others?  Or isn’t it simply a so-called proxy that collects patents for cross licensing in order to protect the patents of Microsoft, which has been accelerating its patent applications in recent years?  Such conjecture has been spreading in the US Patent and Trademark Office (USPTO), the American Intellectual Property Law Association (AIPLA), and other communities in Washington D.C.

CTO Jung does not deny the possibility of lawsuits, but objects to those views, saying that, “Neither Microsoft nor any other company will be able to access our patents free of charge or at discounted rates.”

Both venture capital and private equitiy were often treated with suspicion in the early days of their industries. At present, however, they are fulfilling a needed economic and social role as the providers of risk capital, otherwise known as corporate investment.  Will patent funds also come to be recognized as a necessity for open innovation?  The world is keeping a close eye on Intellectual Ventures. 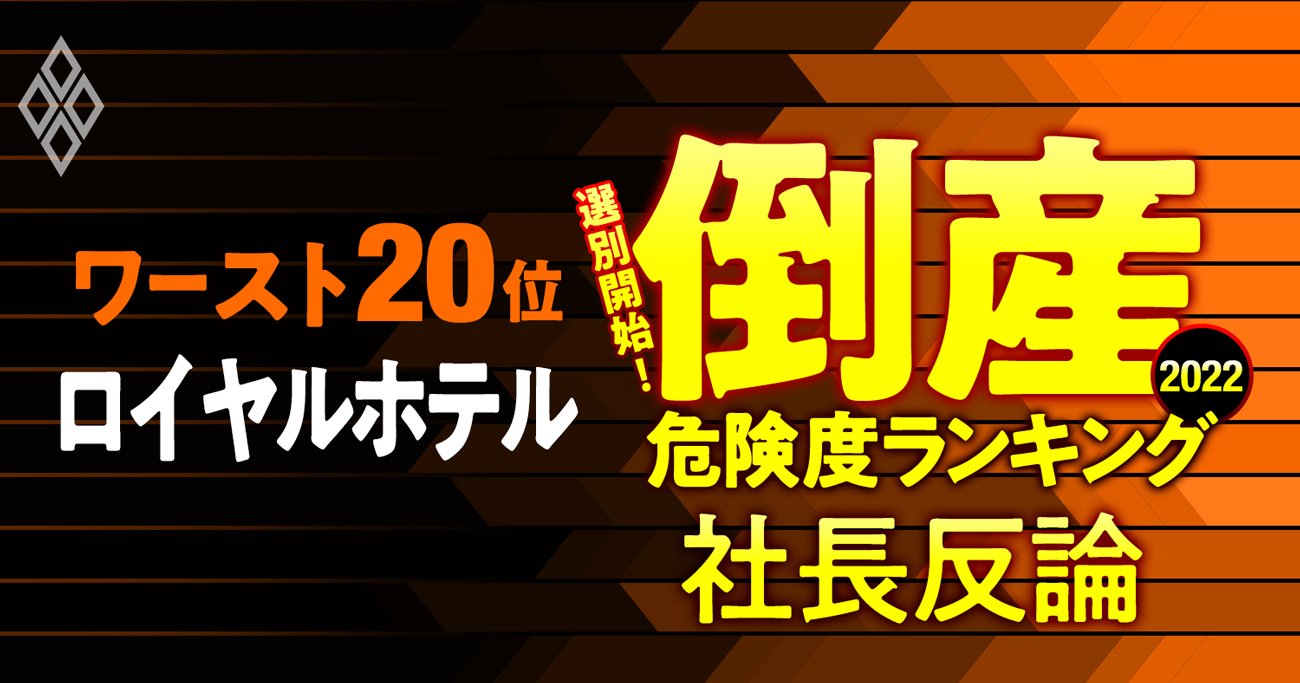